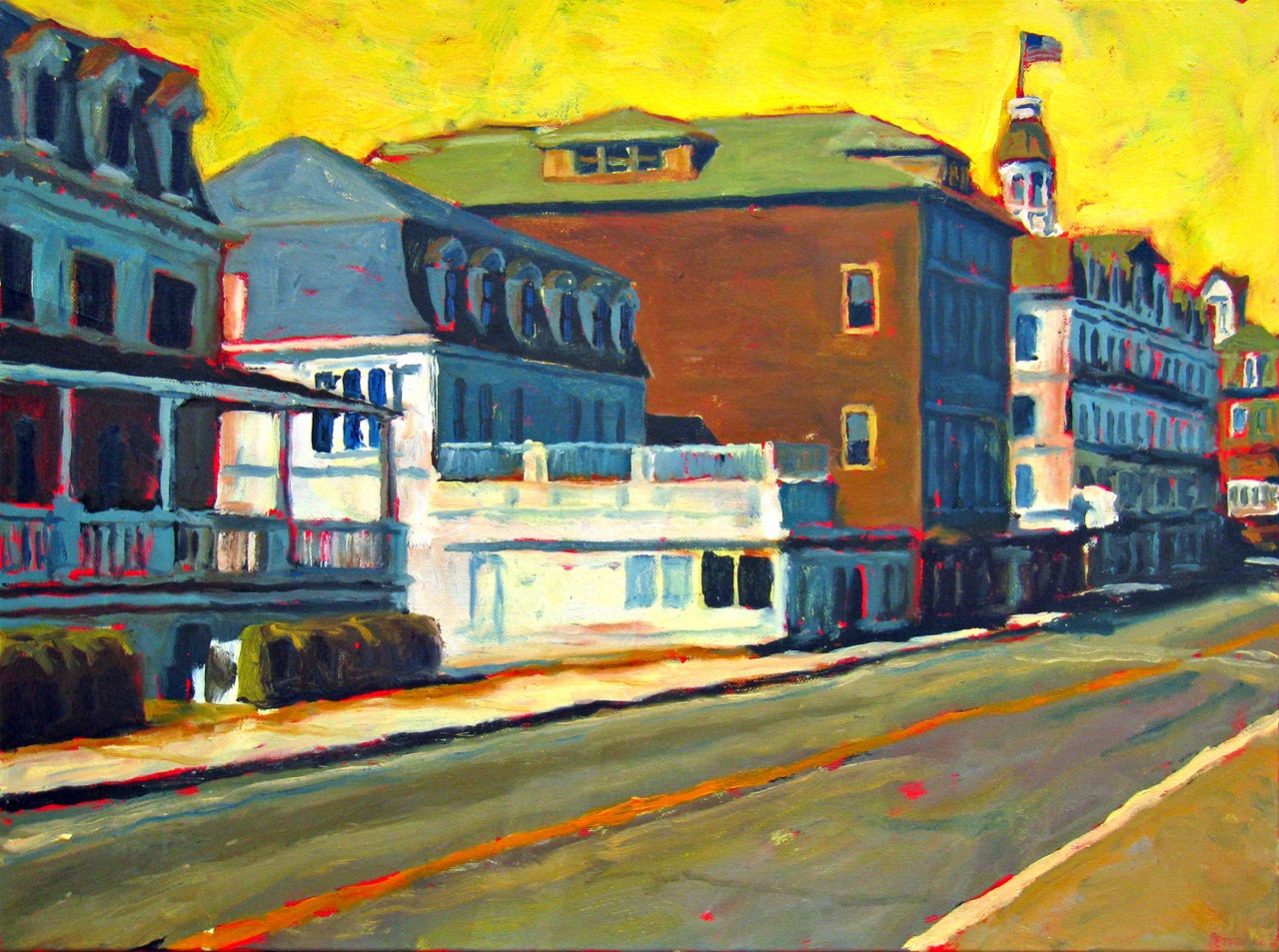 It's been two long months since my last post.  In addition to taking a break from studio work to vacation in the Midwest, I also needed to recharge my thoughts.  This past week I worked in the studio for the first time since early September, and it felt great. Time to start some new projects.

This piece is the fifth in a series of paintings I completed in late 2013 and 2014 from a trip I made to Block Island, Rhode Island.  It depicts the main thoroughfare in the island's major village, Old Harbor.