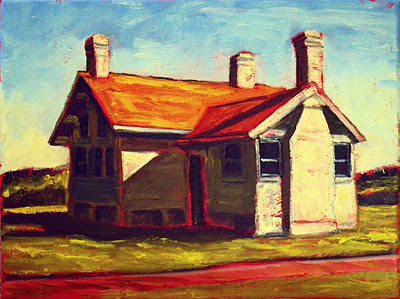 This small canvas is a quick study I painted last month. It depicts the lighthouse keeper's home at the Tybee Island (GA) Lighthouse. Located east of Savannah along the coast, Tybee Island is a favored day trip during my annual sojourns to Savannah. This piece allowed me to use colors not normally found in my work. 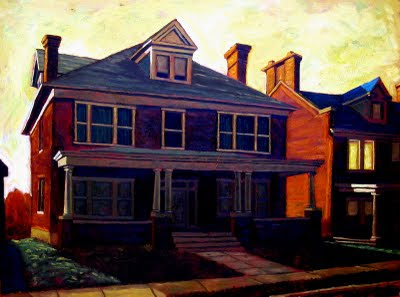 This week's painting image depicts a canvas I completed in 2009. I've avoided posting it only because its dark surface has made it difficult to photograph effectively. I tried again last week and this image was the result. Close but still not a perfect representation (a bit gray in the center of the house). "Last Light" was exhibited at my show at the Miriam Preston Block Gallery in Downtown Raleigh in April 2010. It is another painting based on structures I sketched and photographed in Cumberland, Maryland a few years ago. 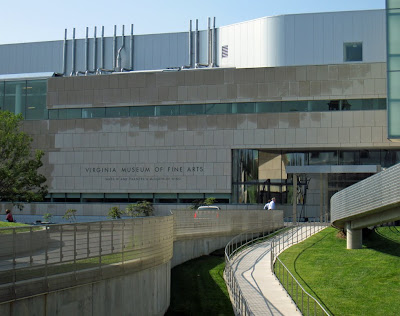 Yesterday I visited the Virginia Museum of Fine Arts in Richmond. I met up with my close friend, Washington D.C.-based artist Tinam Valk, and we toured the new galleries opened in 2010-2011. It is a beautiful museum and has a wonderful American gallery that includes one of my favorite Edward Hopper canvases, "House at Dusk:" 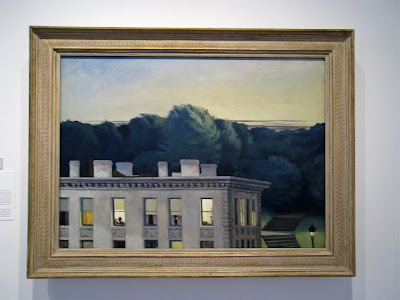 Posted by Kenneth Eugene Peters at 10:48 AM No comments: 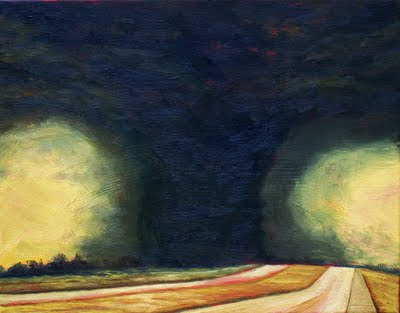 This small canvas is a second tornado study I completed recently. One of the challenges of working within the palette I prefer is to keep the blues from turning green when combine with my favorite sky color, Naples yellow. This actually worked well in this painting since many tornadoes have an eery greenish tinge to them.

Posted by Kenneth Eugene Peters at 6:19 PM No comments: