The Spring House (Block Island I) 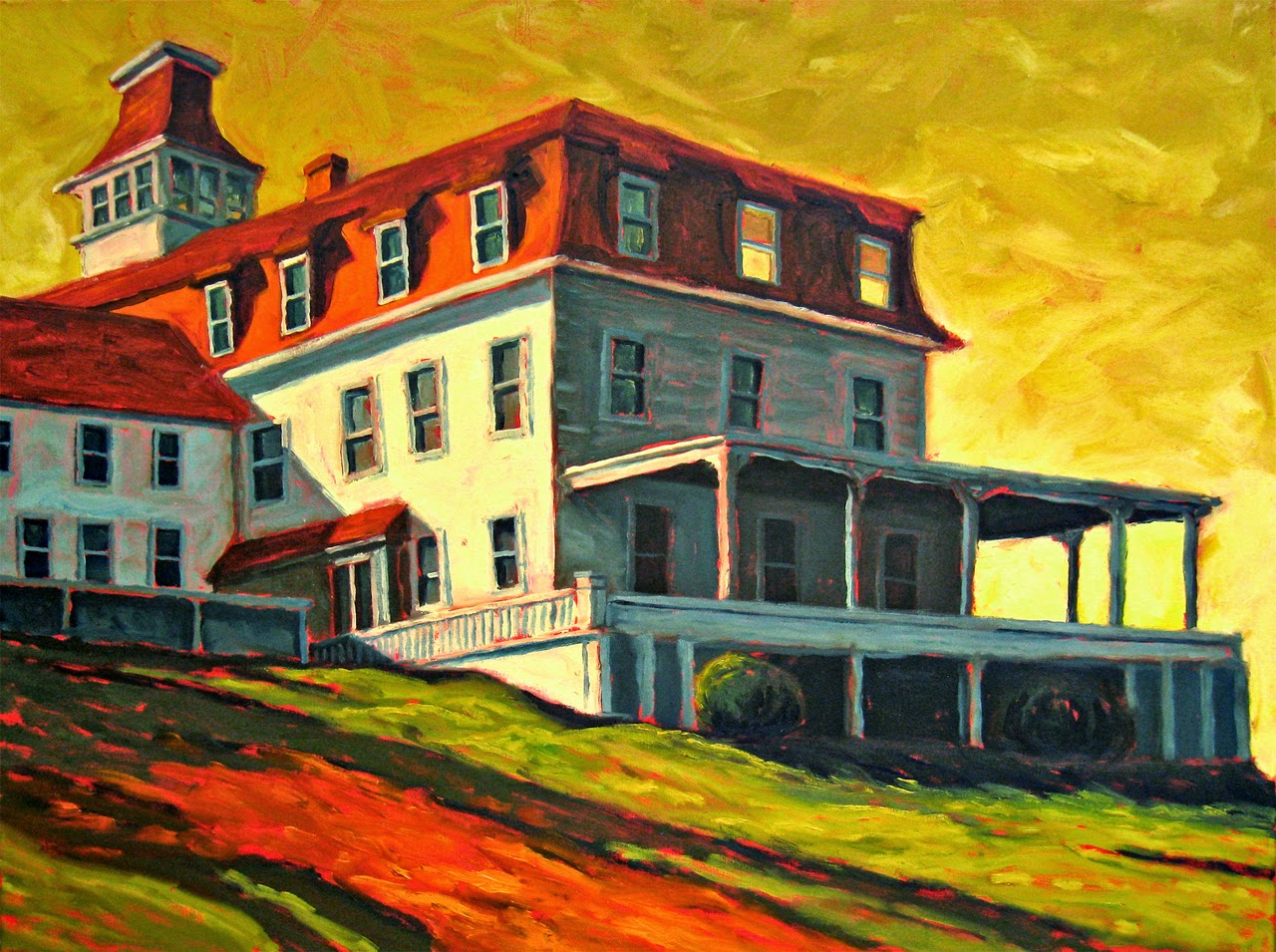 Late last fall I began a series of canvases based on a day trip I took to Block Island, RI in October 2013.  I am still working on the series, but to-date I have ten completed works.  This large canvas was the first in the series, and I showed it in-progress back in December (http://kennetheugenepeters.blogspot.com/2013/12/on-easel-spring-house.html).  This is the completed piece; it depicts one of the major hotels on the island, The Spring House.

Posted by Kenneth Eugene Peters at 9:27 AM